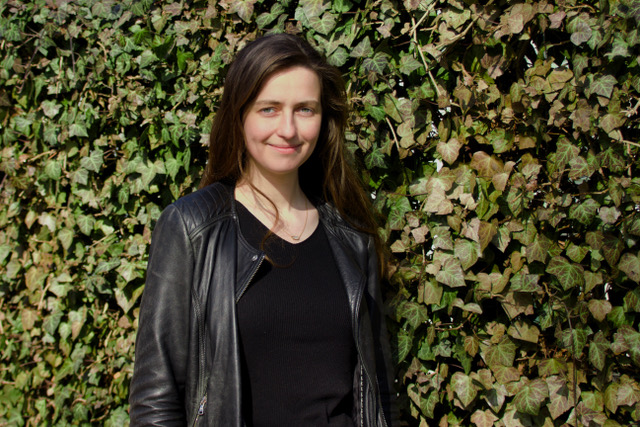 According to the Annual Report on the Global Gender Gap published by the World Economic Forum, the main countries that are nearby closing the gender gap are Iceland, Norway, Finland, Sweden, Nicaragua, New Zealand, Ireland, Spain, Rwanda and Germany. Although the numbers are favorable since the gap has been quietly reduced by 0.6% worldwide, there is still 31.4% to achieve.

Sophie van Gool (MBA 19), is the founder of Moonshot Diversity and Inclusion, a startup that does analytics strategy and training to help companies become more diverse and inclusive. Moreover, she is also the co-founder of Salaristijger (Salary Tiger), plus influences the public debate by writing columns at the Dutch Financial Times and creating podcasts at “I’m Speaking”.

Sophie van Gool was motivated to work to close the gender salary gap because when she started working in the corporate world, she was surprised to see that there’s still a huge gender gap: in power, influence, and also in salaries. “There was a very small number of women in positions of power, and a lot of women in the lower ranks. I noticed that a lot of people talk about the importance of diversity and inclusion, but at the same time, there was very little meaningful action and progress” –Sophie stated.

Sophie considers that there are a lot of reasons for the salary gap: women face a lot of hurdles when they move up the career ladder, they still have to handle the responsibility of the majority of the unpaid (household) work. Definitely, women are being reward less for the same work.

“The pandemic is increasing existing inequalities and problems”

Because of the pandemic consequences, there are even more issues that increased the gap: “Research shows that the pandemic is increasing existing inequalities and problems. Women are more likely to lose their jobs and to take (unpaid) leave to take care of children and family, because schools and childcare are closed. Women are also more likely to have insecure jobs or flexible contracts, so they are hit a lot harder by the crisis”, explains.

The Esade Journey inspired her to move forward from her safe corporate job to entrepreneurship: “I used my MBA to learn more about gender inequality and I learned a lot from my classmates from all over the world. I realized the problem was even bigger than I thought, and that it exists in every country in the world, in pretty much every industry and organization. My time at Esade also showed me that many people want to change it and that it is possible to make a change. After my MBA, I decided to quit my corporate job and be an entrepreneur”.

Nowadays she advises and analyzes organizations on the salary gap: how big it is, what are the main reasons for it, and what can they do to close it.. and she also gives a lot of workshops and keynotes on the topic.
On the other side, she supports employees in their salary negotiations: “We create more transparency, help employees with a peer review of their salary, so they know what they can ask for and what are their rights. We also offer to coach and do role-plays to help people prepare their negotiation”.

“I want everyone to get a fair salary for their work! Regardless of their gender, race, ethnicity, religion, sexual orientation or disability”

She could explain plenty of experiences she has carried out to guarantee the diversity and inclusiveness of an organization. For example, there was one that implements an unconscious bias workshops for all employees, to introduce the concepts of diversity & inclusion, racism, sexism, discrimination and bias.

In this respect, Sophie recommends that women know their rights: “Do your research so you know about your rights and know what you can ask for, and then ask for it. And ask for help, how other people do it, or seek professional advice. But be warned, this advice is not just for women: I want everyone to get a fair salary for their work! Regardless of their gender, race, ethnicity, religion, sexual orientation or disability”.