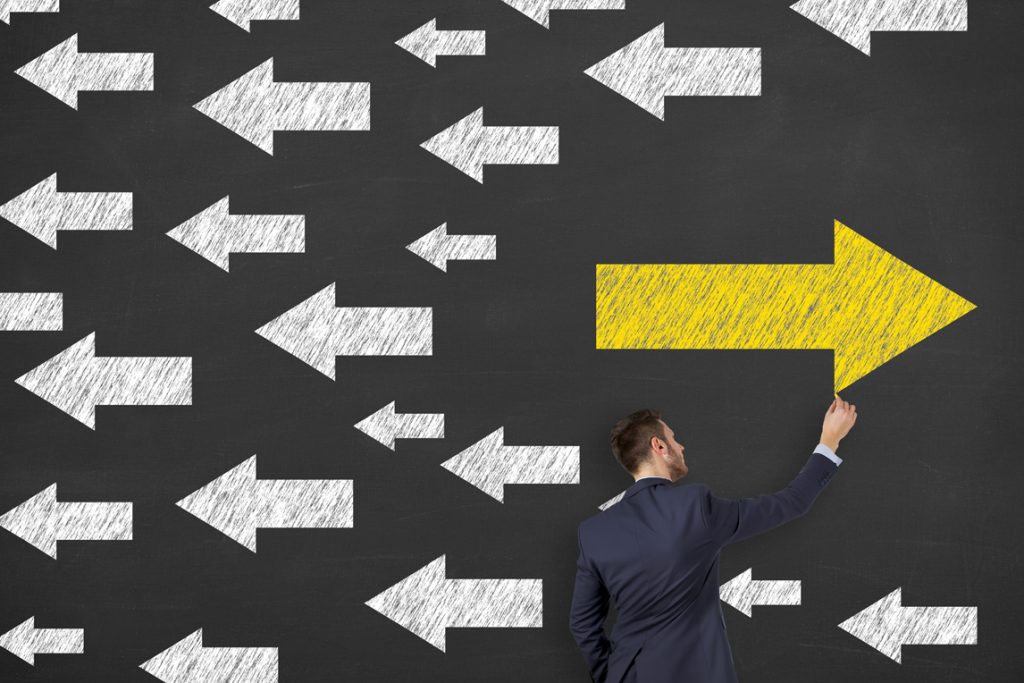 Strategic Change is a complex process. Considering that we are facing times of great uncertainty and constant change, the executives tackling these processes should take the opportunity to lay the foundations of a new corporate culture which is more open to change.

It is getting harder to predict the future; globalisation is generating high interdependence of markets, which leads to a higher level of uncertainty due to contagion between economic cycles. The emergence of the online world has led to processes of accelerated disintermediation that redefine the rules in many industries, result in new operators emerging and eliminate old competitive advantages that once appeared indestructible. The acceleration of innovation processes as a result of faster technological development has redefined entire industries, with giants disappearing that once looked like they were here to stay. The economic crisis has brought with it the emergence of new consumer profiles (millennials, generation Z, the selfie generation, etc.) with principles and values that are diametrically opposed to those that had been predominant until now, generating new forms of consumption and establishing new priorities.
To cope with this set of changes to the ecosystem in which businesses operate, new organisational models emerge (such as the Zappos-style holacracies), along with new R&D+i mechanisms (open innovation), new channels of communication and interaction with the consumer (omni-channel approach), shake-ups that require profound changes in organisation and which point to a future in which management will be conditioned by uncertainty and change, with an emerging need for corporate cultures that are ready, flexible and open to adopting new working methods.

When we talk about changes in organisations, we are talking about people changing. We are not talking about an indeterminate group, or a globally recognised collective; or certain easily identifiable homogeneous profiles. We are talking about individuals, each with their own personality, problems and ambitions, who do not always behave identically in response to the same stimulus. Each and every one of these individuals can (and usually does) change how they react to the same stimulus over the course of a change process, so their behaviour is not only not homogeneous, but also changing, so it is essential to continuously review this. These are not linear processes, with one step after another until you reach the end, they are iterative processes.
It is not (so much) a matter of strategy, but of (above all) implementation. Given that a process of strategic change is essentially an exercise in convincing, aligning and involving a large and varied group of people, it is possibly the biggest leadership challenge. These situations, unlike most that we might encounter from day to day, cannot be resolved on the basis of potestas (the power derived from a hierarchical position), but essentially on the basis of auctoritas (acquired through credibility), which puts the leader in a difficult position and may also significantly damage their future position. Sometimes, this need to implement the process by exerting “soft power” is not properly heeded, which either results in the change failing (immediate impact), a lack of effective consolidation (medium-term impact), or an erosion of the company’s talent (long-term impact).

There are three main cornerstones to the implementation of a process of strategic change which, when managed and combined properly, are essential for the success of the process: vision, communication, and resistance management.

Constructing a stimulating, credible Vision, that explains the reason and purpose for the transformation process is a key element. Teams, people, cannot stand uncertainty and we need to know which way the boat is headed and why we need to change direction. A clear rationale has to be given for changing the status quo. This vision should be defined in a clear, simple and understandable way for the entire organisation involved. Some processes start with a magnificent definition of the vision, based on reflections and highly consistent analyses, but then they are not understood by everyone in the organisation that requires change and not everyone has the same information and knowledge as the management team, resulting in pockets of resistance, a lack of alignment and conflict. Making sure that the Vision is properly understood by everyone is a critical element, so it may be necessary to change how it is worded, without altering its essence, to ensure that it is understood by everyone inside the organisation and, often, people outside it.

The area of communication is normally where most mistakes are made during a process of strategic change, with non-verbal communication being one of the main sources of conflict.
Every leader needs to be aware at all times that when they interact with others, they are not only conveying the message that their words are meant to reflect, they also send other signals through their look, gestures and body language. On numerous occasions we have witnessed failed messages (that result in failed projects) due to the executive’s lack of awareness of the power of non-verbal communication. But besides ensuring that our words and gestures convey the same message, there is a second element of non-verbal communication to consider, as it can be a powerful transmitter of more subtle and indirect messages that lead the organisation to act in the desired way, simplifying the process for the person delivering the message.
Furthermore, experience in transformation processes shows us that communication should not only be used to convey messages (vision, urgency, etc.). It is also a vital tool for gathering information that the leader of the process requires to adjust, refine and correct it. In this sense, gathering new information is important when it comes to identifying changes in attitudes or nuances in messages that are misinterpreted as they are passed around the organisation.
When implementing a process of strategic change, individuals emerge who are extremely valuable to the project leader; these are people within the organisation who are highly influential among those around them, although they may not hold a very senior position. These individuals, who we could call “beacons”, should be identified quickly and you must focus your efforts on bringing them on board and convincing them.
We must stress the importance of informal communication channels throughout the transformation process. Only conveying messages through formal and structured systems (memos, emails, etc.) deprives the message of any emotional element, it severs any link to the individual and makes it difficult to include nuances. This not only makes it hard to understand the main message (resulting in tension, misunderstanding and resistance), it also hinders the gathering of feedback and makes it more difficult to convey or reinforce additional messages through body language.

The third essential variable in the management of a process of strategic change is Resistance. The level of resistance will vary, depending on the type of change we are dealing with (reactive, anticipatory, crisis); in those cases where the need is plain to see (crisis, reactive), good communication may be sufficient; the vision of the need is largely recognised and shared, and this facilitates acceptance of a change to the status quo. In these situations, the process leader must make sure that the organisation recognises the need for change and devote time to maintaining the tension in the system. You should be careful only to maintain the sense of urgency within reasonable levels; if you underplay it you will fail to galvanise the group and, for the process, exaggerating the sense of alarm may cause teams to freeze or, worse still, they may become demotivated and give up.
It is during anticipatory processes that we will come up against the most pronounced resistance, as there is no obvious need and no clear winners and losers. In these cases, the process leader needs to act on two fronts. On the one hand, they must define and convey a winning and motivating vision; on the other hand, they must identify tribes (groups with shared interests, which have to be managed) and the agents of hidden resistance (those individuals who appear to be in favour, but who “on the sly” apply the brakes), so that they can be neutralised.
In all of these cases, resistance management is one of the responsibilities of a leader of a change process, making painful decisions; when the time comes (waiting fixes nothing and causes disillusionment) it has to be done and done well (managing the collateral damage).

These three key variables should be managed as an iterative process, during which the messages are nuanced (adapting the tone and content to the circumstances), the vision is refined (adjusting its wording throughout the process, not altering its essence but changing the relative importance of certain non-critical elements) and resistance is managed as it arises and spreads throughout the organisation (continuously reviewing the various agents, identifying hidden elements, strengthening the alignment of favourable agents, etc.).Therefore, it is a trimming process which is continuously revised by the project leader, always maintaining a global perspective of the project, identifying possible casualties and detecting warning signals.
The aim of all of these processes is to bring about and achieve the change in the shortest time and at the lowest possible cost, where the cost is not only the financial impact (measured by loss of sales, profits or business opportunities resulting from a lack of focus in the organisation), but also the loss of talent that may result from a poorly managed process. Sometimes the erosion of human resources is not given the importance it warrants by a company’s shareholders, because its effects are only visible in the medium and long-term.

A process of Strategic Change is complex, long and requires a lot of effort and high doses of energy from the organisation and especially its leader. Few processes are a bigger test of the true leaderships skills of the head of an organisation than a change process. In light of this, and considering that we are facing times of great uncertainty and constant change, we recommend that executives tackling these processes take the opportunity to lay the foundations of a new corporate culture which is more open to change. During the process, the corporate culture is adapted and transformed, before being re-established under the new model. It is during this process of change that we recommend incorporating values of flexibility, an anticipatory mentality and dynamism into the new corporate culture, thus paving the way for future transformations and therefore building a more competitive organisation. When this is achieved, under the new culture, the leader only needs to ensure that a balance is maintained between excessive stability and continuous (and ineffective) change. 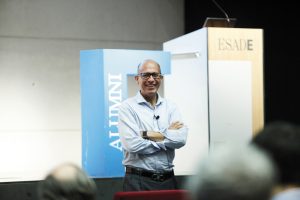 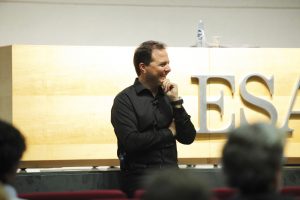 You can watch the video