Skip to content
From the Putin Doctrine to the Invasion of Ukraine, with Àngel Castiñeira

From the Putin Doctrine to the Invasion of Ukraine, with Àngel Castiñeira 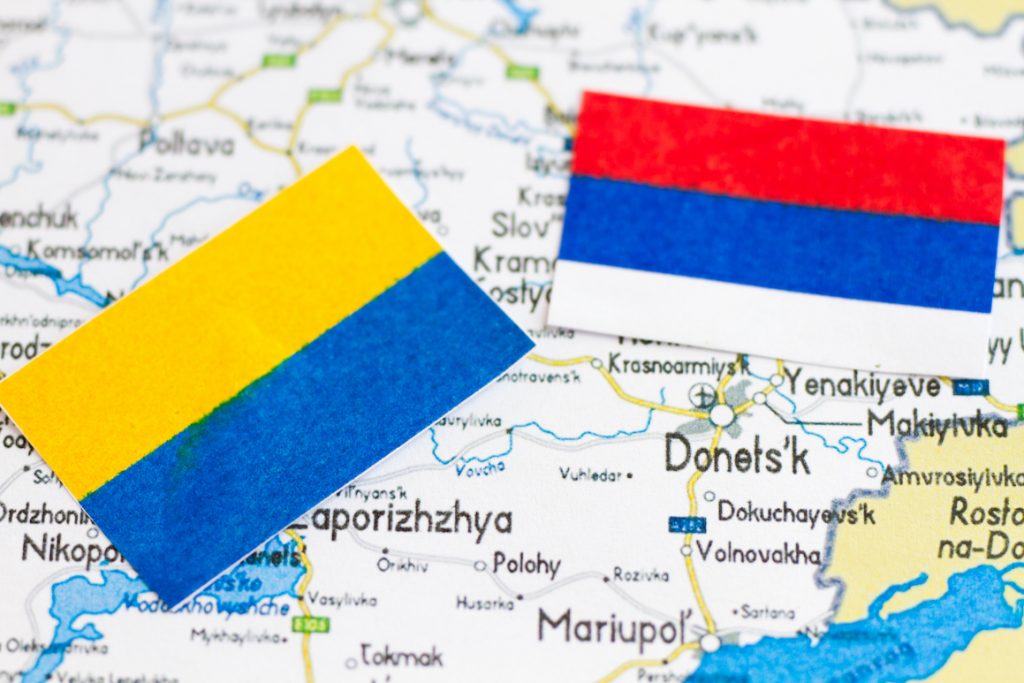 Prof. Àngel Castiñeira, Director of the Center for LeadershipS and Sustainability at Esade, reflects on the trajectory of Russian President Vladimir Putin and the territorial and economic interests behind the invasion of Ukraine.

The Refresher Programmes developed by Esade Alumni and Executive Education aim to update our vision of the environment and management practices from an academic perspective. With this goal in mind, we kicked off a series of sessions focused on analysing a geopolitical and geostrategic change the likes of which have not been seen since the fall of the Berlin Wall: the war in Ukraine. In the first presentation of the series, Prof. Castiñeira reflected on the causes of the conflict in order to provide a better understanding of the Putin doctrine as a whole.

The origins of the Putin doctrine

According to Àngel Castiñeira, we must bear in mind that when Putin was nominated as a presidential candidate in 1999, he had five supporters: the political police, the Saint Petersburg circle, the oligarchs, the Orthodox Church and the army. The achievements that have kept him in power for more than two decades include controlling Chechnya, controlling regional governors and the Constitutional Court, controlling the oligarchs, gas pipelines, territorial occupations and agreements with China. “If I had to choose three verbs to explain Putin’s trajectory, they would be explore, exploit and occupy. Exploring strategies, exploiting resources and occupying territories,” declared Prof. Castiñeira.

As for resource exploration and exploitation, Russia can now ship gas to every corner of the globe all year round thanks to the melting of the Arctic ice, which allows Russian tankers to bypass the bottlenecks of Panama, Suez and Malacca, thereby positioning the country as an energy supplier to Europe and Asia-Pacific.

This situation leaves Russia well positioned to regain its clout on the international stage and avenge NATO’s moves over the past 30 years. According to the Putin doctrine, the reunification of Germany was not supposed to lead to NATO’s expansion towards Russia. Nevertheless, Poland, the Czech Republic and Hungary joined the alliance in 1999 – a serious provocation that reduced Russia’s level of trust. But things didn’t end there: NATO supported Kosovo’s independence from Serbia, and has even considered allowing the accession of Georgia and Ukraine.

Last December, Russia demanded that NATO withdraw the promises made to Ukraine and Georgia that they would be admitted to the alliance, as this would mean the eastward advance of the military bloc – one of the red lines drawn by the Russian president.

Moreover, Putin uses Kosovo’s Western-backed unilateral declaration of independence as a legal justification for his military incursions into other former Soviet republics.

During the 2011 presidential campaign, Putin hinted at his future policy and proposed restoring the influence lost in the former Soviet bloc countries, establishing global multipolarity (with Russia as one of the poles), building a Eurasian Economic Union to compete with the European Union, expanding into the Arctic and moving closer to China.

Since then, red lines drawn by the Obama administration have been crossed in Iran, Syria and Ukraine, and Edward Snowden has been granted permanent residency without consequences. The Trump years could be interpreted as a break from this escalation of tension between the United States and Russia. In reality, however, Putin continued with his anti-Western policies during the Trump administration, intervening in the Syrian and Libyan wars and continuing to sell weapons to Africa. In 2021, the first foreign-policy decisions of the Biden administration allowed Russia to fill the vacuum left by the United States in Afghanistan.

As for Ukraine, its refusal to join the Eurasian Economic Union (of which Belarus, Kazakhstan, Armenia and Kyrgyzstan are members) is one of the Russian president’s frustrations; moreover, Ukraine is the hinge between Russia and Europe, which is why NATO is one of the key players in the Ukraine-Russia crisis.

Decisive factors in the outbreak of the conflict included not only the failure of negotiations with the United States to halt NATO expansion, but also the 4th February agreement between China and Russia on the development of the Eurasian Economic Union, whereby the two countries agreed to intensify cooperation for the sustainable development of the Arctic. Both countries oppose attempts by outside forces to undermine security and stability in their common adjacent regions and reject further enlargement of NATO.

Àngel Castiñeira’s presentation was followed by questions from the audience, who were interested in how the conflict might affect business. “Business crisis committees must prepare contingency plans in accordance with their sector of activity and whether or not the company has a presence in the country,” he explained. “In any event, the price of gas and oil, as well as raw materials such as wheat, corn, meat and fertilisers will continue to rise, as will inflation, for longer than desired.” He added, however, that does not believe that more countries will become involved in the conflict. 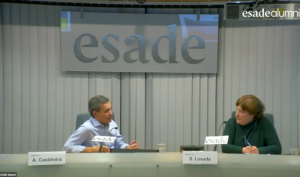 Catch up with our content on the Ukraine conflict

Watch a video of the session with Ángel Castiñeira at the Esade Alumni Content Hub.

“The United States, Europe and China in the face of the invasion of Ukraine,” with José M. de Areilza, Professor at Esade and holder of the Jean Monnet–Esade Chair, Pablo Pardo, US Chief Correspondent for El Mundo, and Áurea Moltó, Executive Editor of Estudios de Política Exterior, who will analyse how the main players in global geopolitics are reacting to the crisis sparked by Vladimir Putin’s aggression against Ukraine.
Watch a video of the session at the Esade Alumni Content Hub

Ángel Pascual-Ramsay, Lecturer and Director of Global Risks at the Center for Global Economy and Geopolitics (EsadeGeo), leads this session, which will help us understand the origin and causes of this new geopolitical reality, possible future developments and some of the implications for companies and executives.
Watch a video of the session at the Esade Alumni
Content Hub