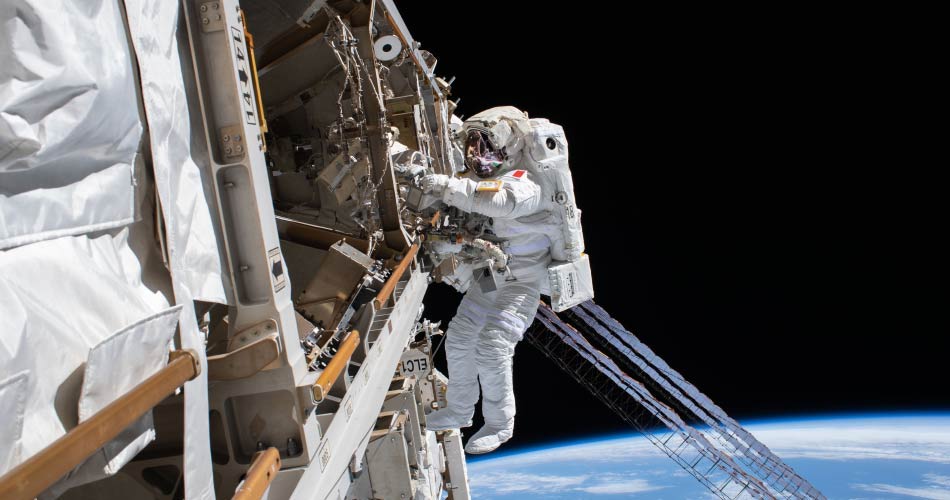 European Space Agency astronaut Luca Parmitano is pictured tethered to the International Space Station while finalising thermal repairs on the Alpha Magnetic Spectrometer, a dark matter and antimatter detector, during a spacewalk that lasted 6 hours and 16 minutes (Photo: © NASA)

Some of the most pervasive technologies in society today such as the internet, medical diagnostics and treatments, and information technology result from leveraging research generated by big science infrastructures to areas beyond their direct scientific purview.

Europe is the proud home of over 600 of these infrastructures, which include prestigious institutions such as CERN, ESO, European XFEL, EMBL, ESRF and ILL.

While the potential of big science to create huge impacts is acknowledged, public debates about investments in big science can be controversial because these investments must compete with any other publicly funded endeavours such as schools, hospitals, transportation, or other public services.

Given the long-term nature of basic scientific research, evaluating its value against the immediate socio-economic concerns can be difficult.

An obvious point of departure is to evaluate the scientific productivity of big science infrastructures, typically evidenced through citation and patent counts.

While quantitative evaluation of these measures is easy, they are also considered very imperfect proxies of scientific value, as well as poor indicators of the many peripheral benefits of big science infrastructures.

As an example, William Bianco and Eric Schmidt (Indiana University) argue that the International Space Station, which has cost over $100 billion to build and $2 billion a year to operate, had, as of 2017, only produced 34 refereed articles and 4 patents. Given their long cycle times, publication and patent counts favour more mature infrastructures and are often used as post-hoc justifications for sunk-cost investments.

Broadening the scope beyond scientific impact, the normal focus for researchers attempting to evaluate the value of big scientific research infrastructures is on the impact of direct high-tech procurement with subsequent multiplier effects in the regional economy, where evidence suggests that “higher” tech procurement has the greatest effect.

In 2016, previous CERN Director General Herwig Schopper estimated this multiplier to be an average of 4.2 across diverse technology groups at CERN: meaning that for every euro spent on high-tech products with CERN suppliers, an additional 4.2 euros are generated in supporting industries.

Beyond impacts on immediate suppliers, another reason to justify investments in scientific research infrastructures are the technology spinoffs with the corresponding or assumed, economic growth, job creation and tax revenue.

Here, NASA may be the most prolific example, boasting over 2,000 spinoffs since 1976 (NASA Spinoff). The European Space Agency also makes spinoffs a critical theme in its public communication efforts.

To protect or not to protect

However, estimating the indirect, or even direct economic impact becomes even more problematic when the technological derivatives are not protected by patents, trademarks, or citations, as is often the case.

Given that the political mandate of many research infrastructures is to generate scientific knowledge with social value, the decision not to protect technologies with property rights is frequent and explicit.

These practices are consistent with the ethos of open science and open innovation movements, as well as specific mandates from funding agencies to make publicly funded research data accessible, with research results published in open access platforms according to FAIR data principles.

The most famous and recent case was the World Wide Web (specifically HTTP, URL, HTML) when Tim Berners-Lee convinced CERN’s managers in 1993 to place it in the public domain and make the IP freely available to everyone.

Tim Berners-Lee in a rack of the CERN Computer Centre (Photo: © CERN)

By accepting this, CERN effectively agreed not to draw revenues or economic value from the innovation. In the words of a senior CERN scientific officer: “In the case of a conflict between revenue generation and dissemination, dissemination takes precedence.”

For a technology with this level of impact, any quantification of its socio-economic value almost approaches the surreal.

Researchers have also attempted to define the alternative social benefits of research infrastructures.

For instance, in 2016, Professor Massimo Florio and his co-authors derived a model that reveals the following six main social benefits of research infrastructures:

An earlier perspective of the potential social benefits was also offered by Autio et al. in 2004, who outlined the following positive value propositions research infrastructures can have on their ecosystem of suppliers:

In 2011, Esade Professor Max Boisot argued that the more a research infrastructure deals with fundamental research, the greater the uncertainty surrounding the future value of the outputs. This is largely due to the very long time-lags between basic scientific discoveries and their eventual application in real products and services.

Consider the example of antimatter. Antimatter exists and is not just the subject of science fiction. The idea was first postulated in 1896 and derived as a mathematical curiosity by Paul Dirac in 1928. No one really believed that antimatter really existed – not even Dirac. It was simply the result of mathematical techniques that Dirac needed to solve some of the equations of quantum mechanics: a curious mathematical formalism and not reality.

The more a research infrastructure deals with fundamental research, the greater the uncertainty surrounding the future value of the outputs

However, it was later empirically confirmed and subsequent work in Europe and the USA has now enabled medical science to embrace it as one of its most important diagnostic tools. PET scanners (Positron = an electron with a positive charge, Emission, Tomography = imaging by cross sections), that use the annihilation between positrons and electrons to diagnose various forms of cancer, heart problems and central nervous disorders.

The long time-lags in the tech-transfer process can be complicated by the fact that many research institutions tend to have cultural barriers that are not supportive – and may even be antagonistic – to technology transfer.

For many scientists, the dominant social currency is the generation of scientific knowledge, not technology commercialisation or diffusion.

The lack of reliable data, or simple causality, means that more holistic conceptualisations are excessively difficult to quantify and can lead to politically oriented narratives.

In summary, the previous discussion leads to the following conclusions: 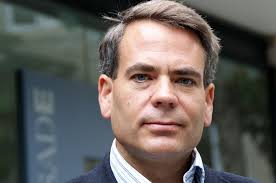 Jonathan Wareham is Professor of Information Systems and former Dean of Faculty and Research at Esade Business & Law School. Founder of the Esade Institute for Innovation and Knowledge Management, he serves on a number of advisory boards of non-governmental agencies. Wareham advises social entrepreneurs, as well as several European governing bodies that inform and facilitate European innovation and scientific policy.

His research focuses on technology platforms as well as other software eco-systems, considering their financial sustainability, scalability and quality control. Specifically, he investigates their appropriate governance, structures and rules that both foster stability and provide scope for coming up with new solutions.

This article is based on research conducted within the EU-funded ATTRACT project.