Daniele Francilia has been working for Google since 2009, with experience in different positions, what has allowed him to work in cities like Dublin, Paris, New York and Singapore. In the medium-term, his key focus is to prove himself in Asia, a very diverse region that is moving quickly.

– You speak five languages: English, Spanish, Italian, French and Portuguese. Did you ever want to pursue an international career?

I left Italy after I completed my bachelor’s degree at Bocconi University in 2006. I felt Milan was too small for me at that time and I wanted to become fluent in English and study my master’s Degree in English. I knew that in order to be able to do that I had to live in an English-speaking country and master the language. My relatives emigrated to Canada  many years ago, so I decided to follow them and move to Vancouver. I spent one year there learning English and working as a Marketing Assistant and Activity Coordinator for my school, LSI Vancouver. I enjoy picking up new languages, though I often wish I had learnt them as a child. It would have made things a lot easier, because the older you are, the more difficult it is. Since my time in Canada, I have lived in eight countries over the past ten years: Italy, Canada, Spain, Ireland, Norway, the US and Singapore. So you could say that I’m a kind of international gypsy.

– You have been working for Google since 2009, with experience in different positions. What has this experience brought to you both on a personal and professional level?

I celebrated my 7th year anniversary as a full-time employee at Google on 11 January 2017. I began as an intern during my MSc CEMS programme at ESADE in the summer of 2009. On a personal level, I can say that I am a better person now than I was back then. I am much more flexible and conscious about cultural differences, I have made friends with people all over the world, which is absolutely great. The only ‘downside’ is that I seem to be spending most of my free time flying around the world to attend international weddings.

On a professional level, I think I have been exposed to different working styles and communication preferences. For example, doing business in Japan is very different to doing business in the US. And while you can learn about this in textbooks at school, experiencing this for yourself in the real world is a completely different story. In my job, I need to influence many different stakeholders, so being aware of cultural differences is extremely important, as I need to use a variety of negotiation and influencing techniques based on those differences.

– Google has allowed you to work in cities like Dublin, Paris, New York and Singapore. What skills are needed to work in multicultural environments?

‘Allow’ is perhaps not the right word. It was rather a mix of business needs and my interest and curiosity in exploring different roles in a variety of geographical contexts that took me to all those different cities and countries. In order to live and work in a multicultural environment, you need to be conscious and respectful of differences. You cannot assume everyone else will behave in the same way as you do. I think communication skills are crucial, as well as adaptability to different contexts and situations. Curiosity and a willingness to learn from other people are also important. A VP once asked us in a big conference room, “If you think you are the best, who do you think the person sitting next to you is?” That was an important lesson for me. I knew for sure I was not the best or the smartest in that room, and since then I have always tried to think about what I can learn from the person sitting next to me.

Once we finish Business School, we tend to think that we will become the next CEOs of large successful corporations in a very short time, but that is not the case at all. Your career is a marathon and you need to start thinking very early on about how to build your leadership based on your strengths.

– What differences have you found working in the same company but in such diverse places?

A former Director at Google once told us that as long as you are learning and happy, you are in the right place. If one of these two aspects is missing or both of them are, then it is time to consider making a career move.

Although all of this was within the same company, the work and roles that I have been exposed to, as well as the accompanying learning, has been very different and diverse. The company has grown very quickly over the past few years. So it has been a very dynamic journey and many changes have characterised my time at Google. Google has the same values throughout the world and being a Googler is the same no matter where you are based. However, each market still has its own peculiarities and differences.

– In your current position as Head of Agency for Sales Strategy and Operations in APAC, what are your goals and responsibilities?

I would describe my role as a business partner that is trying to shape go-to-market priorities and initiatives to accelerate revenue growth. I am a sort of COO of a business unit that works with our media group agency partners, also known as Big 6 agencies. In other words, the scope of my work is very broad. It can be very operational, trying to bring sales and operational rigour, as well as being very detail-oriented. It can also be very strategic. We often need to think 5-10 years ahead of time about what the next market trends or big industry shifts will be.

– And what are your professional goals in the medium-term?

In the medium-term, my key focus is to prove myself in Asia, a very diverse region that is moving quickly. Over 60% of the world population live in this region and the internet penetration is far from that of Europe or the US. I see myself in the company for many more years to come. I have recently started a people manager role. I think now is my time to coach new employees and less experienced Googlers, as well as continue to grow my career at Google. I might consider yet another functional change in the coming years, trying to work more closely with the products that change people’s lives every day. Maybe I’ll move away from Ads one day. Google is a great company and many people are not aware that most of our products are totally free. Those products help everybody every day and make our lives better and easier. Could you imagine living without Google Maps now? Google’s mission statement is “to organize the world’s information and make it universally accessible and useful”. I  strongly believe in this and I work every day to make my small contribution to that mission statement.

In addition to my work at Google, I have also started a few entrepreneurial projects – four to be precise – which are all very different from each other. So from a professional point of view, that is certainly an area I would also like to pursue further. I invested in a start-up that manufactures insect-based animal feed ingredients, I am helping a young Italian wine producer export Sicilian wine to Asia, I have started a small property project in Bali renting a luxurious villa for short vacations and finally, I am working on a workshop on Emotional Intelligence.

– What skills were strengthened after your studies at ESADE?

Above all, teamwork and presentation skills. I spent one year working in groups. We lived and studied very closely together and every test or assignment was the result of a team effort. This is very important in a business context, as most of the jobs in any corporation are characterised by cross-country and cross-functional teamwork. Presenting every week in front of challenging classmates was also very useful and stimulating because it helped in crafting the art of storytelling, which is fundamental when you need to create a pitch deck or when delivering a sales pitch.

– In your opinion, what are the benefits of having an ESADE Alumni International Network?

I recently joined the ESADE Alumni International Network, although I had always collaborated with ESADE and was very active ever since graduating. It is difficult if you have studied in three different business schools and CEMS to keep up with all the alumni networks. However, I have to say that ESADE is the only one that I am an active member of. I have participated in social and professional events organised by the chapters in Paris, New York and now in Singapore. It is always great to meet people who have followed similar paths and to find potential friends or business advisers no matter where you are on the planet. 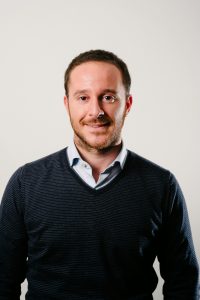